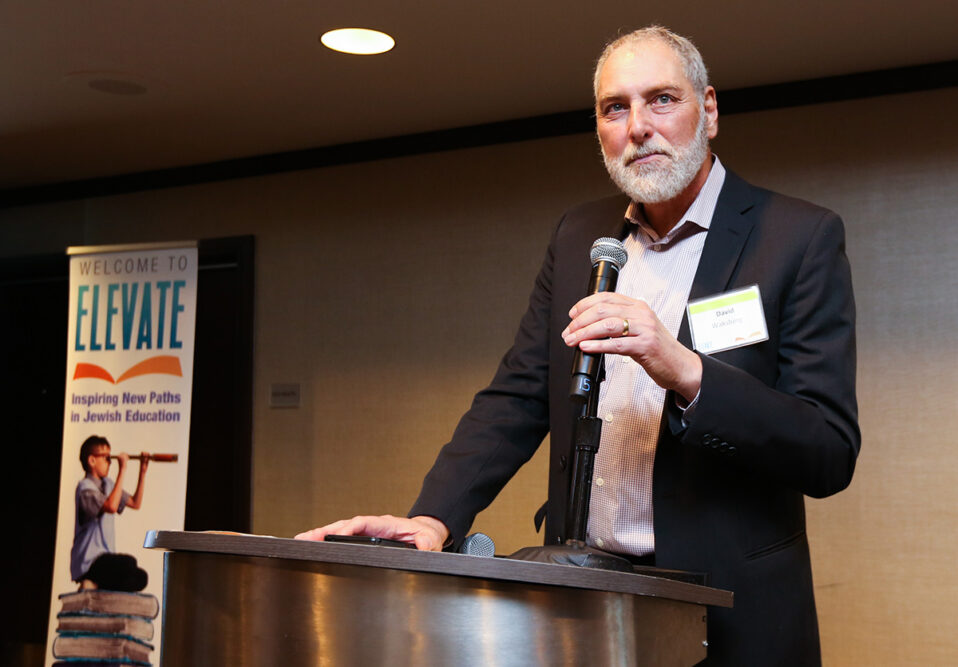 When I began at the Bureau of Jewish Education thirteen years ago, every community survey announced with ever-greater alarm that the Jewish people were sliding  toward oblivion.

Throughout our history, “there was hardly a generation in the Diaspora that did not consider itself the final link in Israel’s chain,” wrote the philosopher Simon Rawidowicz a half-century ago. We continue to believe we are disappearing.

Jewish educators were tasked to prevent our people from falling into the abyss.

Are we losing people? We have been losing people in every generation throughout our history. However, numbers are not the only way to measure success. Not everything that counts can be counted.

On the eve of my retirement as I write my last CEO Message, I see an incredible flowering of Jewish learning, Jewish creativity, Jewish life. How do we explain this?

Like the natural world, our Jewish world benefits from diversity. I look at my bookshelf and see the books written by Jews whose contributions would not have been accepted a century ago. Among them: Women, Queer Jews, Jews of every race.

We have learned so much from these teachers who only gained the opportunity to teach in the last 50 years.

And, there is the way we learn. Education, it’s often said, is not the filling of a bucket, but the igniting of a flame. If our students are to be new links in the chain, education must equip them not simply to re-dig their parents’ wells (like Isaac in the Book of Genesis) but rather, continually reimagine what it means to be Jewish.

Naaseh v’nishmah, “we will do and we will hear,” say the Israelites to Moses.  Meaning – we will do and we will learn from the doing. This is the theory behind project-based learning. If the “project” is Judaism itself, we learn not merely by being handed down a set of tablets, but by actively engaging in a millennia-long conversation about meaning, rules, and behaviors.

As a child, I experienced Jewish education as the filling of a bucket. And I found it as Abraham Joshua Heschel described it: “irrelevant, dull, oppressive, insipid.”

Heschel’s words, from God in Search of Man, seem apt for today.  Here’s the rest of that paragraph:

“When faith is completely replaced by creed, worship by discipline, love by habit; when the crisis of today is ignored because of the splendor of the past; when faith becomes an heirloom rather than a living fountain; when religion speaks only in the name of authority rather than with the voice of compassion — its message becomes meaningless.”

I like the metaphor of “a living fountain.” The fountain flows with the creativity and imagination we bring; and it is fed from sources old and deep. That dialectic, between continuity and discontinuity, sustains us.

Two thousand years ago, Rabbi Yochanan ben Zakkai referred to one student, Eliezer, as a “cistern that loses not a drop” and another student as “an ever-flowing spring.” My teacher, Rabbi Janet Marder, recently shared a text in which Rabbi Yochanan refers to Eliezer (the “cistern”) as an “ever-flowing spring.” His purpose was to encourage Eliezer to not simply repeat what he has learned, but to add his own wisdom. “You will bring new Torah into the world,” in Rabbi Marder’s words.

In times most uncertain, Rabbi Yochanan understood the need to cling to the Torah he had inherited AND to cultivate “new Torah” from his students.

This is the holy work of our educators, to expose students to the Torah we have and to guide them to develop “their Torah.” I am grateful to each of you who has supported Jewish LearningWorks as we have partnered with Bay Area educators to advance such Jewish learning. Our times are as uncertain as ever, and such learning is as important now as it ever was. I know that Jewish LearningWorks will continue to provide vital and needed educational leadership in our community. I hope you will continue to support that work.

We sometimes think of education like gardening. Our students are the seedlings; Torah represents the water, the sunlight and the soil to nourish these seedlings. And we, the educators, are the gardeners, deploying the right mix of water, sun and soil to help these minds grow.

During these thirteen years here, I have learned that it works the other way around as well. If our students are “ever-flowing springs,” then it is Torah itself that continues to grow, nurtured by the water of those “ever-flowing springs.”  It is like a magical garden, in which that which grows nurtures that which nurtures its growth, in a virtuous cycle. This is the meaning I take from Rabbi Chanina who, in the Talmud, states: “I have learned much from my teachers, more from my colleagues and most from my students.”

This is the secret of our success and why, even during times so dark and uncertain, I am filled with hope. “It is a tree of life for all who hold fast to it.” As it nurtures us, we nurture it.

Your ticket for the: David’s farewell message