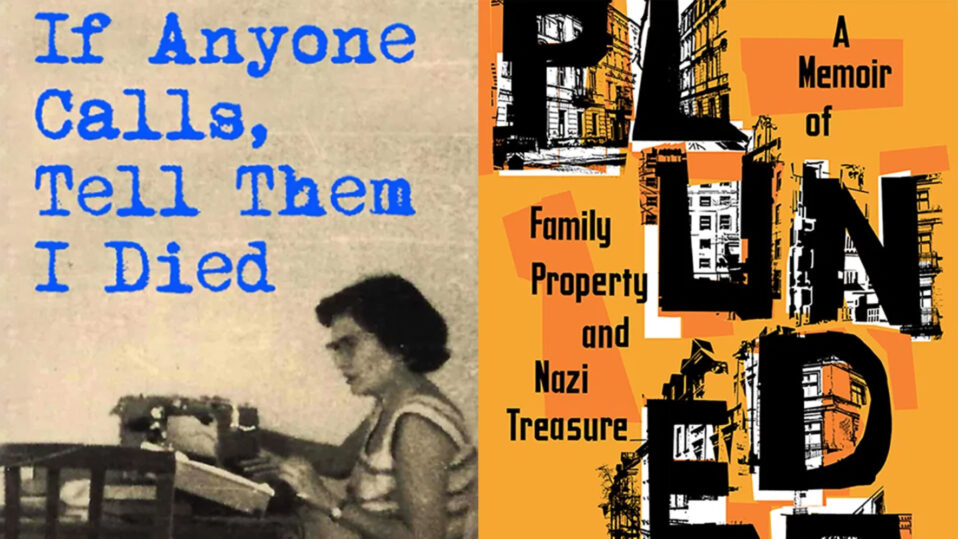 The writings of the grandchildren of Holocaust survivors frequently convey not only the pain their grandparents endured but also the reverberations of trauma in their families.

If there is a pattern in these books, it is often the desire to restore a narrative interrupted by untold stories and geographical dislocation. Two new memoirs record grandchildren’s attempts to grapple with difficult family histories that were shrouded in silence.

Emanuel (Manu) Rosen, the author of “If Anyone Calls, Tell Them I Died,” grew up in Israel and now lives in Menlo Park. It was not until he was a grown man that his mother informed him that her father, who came to Israel as a refugee from Nazi Germany, had committed suicide decades earlier. The cause of death had never been discussed.

Thanks to Paul’s leadership, our Bay Area community has been immensely enriched by dozens of LGBTQ people and allies who have chosen Judaism. Paul dedicated a huge part of his lay leadership to San Francisco’s historic LGBTQ synagogue, Congregation Sha'ar Zahav, he was also a former board member of Jewish LearningWorks, and a beloved mentor to some of our staff. #wemissyou #wearebetterbecauseofyou #jewisheducators ... See MoreSee Less

This summer, we want to invite you to use some of your time away from work or play to form a chevruta, and give yourself the opportunity to relax your body and your mind (you can do this!), and take action by inviting someone to discuss and learn with you about connectedness and self-fulfillment. Chevruta means “friendship” (in Aramaic) and is the term used in Jewish tradition for text that is studied in pairs. So surprise a personal friend, a colleague or your partner with this invitation! You can meet in person (by a pool or on a hike) or online, and don’t worry about the content or method because we wrote a step-by-step guide for you. Our promise is growth for both of you!#HappySummer2022 #keeplearningandgrowing ... See MoreSee Less
View on Facebook
· Share

Your ticket for the: New books: Grandkids of Holocaust survivors grapple with trauma and silence