The Book of V.: A Conversation with Anna Solomon 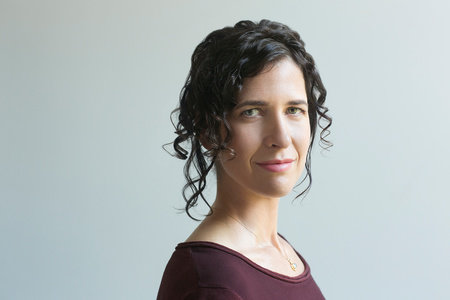 Click here to register for this Jewish Community Library event.

This year’s One Bay One Book selection is Anna Solomon’s The Book of V., named by NPR and Kirkus Reviews as one of the best fiction books of 2020. In this novel, rooted in the Book of Esther, three characters’ stories in different time periods overlap and ultimately collide. Lily is a young wife and mother in contemporary Brooklyn, and Vee is the wife of an ambitious young senator in Washington, D.C. during the early 1970s. Their narratives are interspersed with an imaginative account of the stories of Vashti and Esther, illuminating how women’s lives have and have not changed over thousands of years.

In this culminating event of the year’s One Bay One Book program, author Anna Solomon will discuss the process of writing the book and will answer questions from readers and book groups.

Anna Solomon is the author of three novels—The Book of V., Leaving Lucy Pear, and The Little Bride—and a two-time winner of the Pushcart Prize. Her short fiction, essays, and reviews have appeared in The New York Times, The Boston Globe, Tablet, and elsewhere. Prior to becoming a novelist, she worked as an award-winning journalist for National Public Radio’s environmental news program Living on Earth. A graduate of Brown University and the Iowa Writers’ Workshop, she teaches writing at Barnard College, Warren Wilson College’s MFA Program in Creative Writing, and the 92Y Unterberg Poetry Center. Born and raised in Gloucester, Massachusetts, she lives in Brooklyn, New York with her family.

Program made possible, in part, by Marc and Marci Dollinger.

Register for Event: The Book of V.: A Conversation with Anna Solomon

Introducing excerpts from several provocative books, this lively community conversation will explore the impact of our own family secrets. Follow the link to register for the event on April 28th at 7pm1 ... See MoreSee Less
View on Facebook
· Share

Calling all Jewish preschool professionals! Join us for an informal discussion to gain insight, connect with colleagues, and receive concrete ideas to take back to your classroom with Special Education consultant, Cara Dressler.April 22, Tuesday evening, 6:30-7:30pm. Registration required. Bring your questions to this supportive, virtual setting to learn best practices, and tools for working with students with special needs. Follow the link to find out more. ... See MoreSee Less
View on Facebook
· Share

Your ticket for the: The Book of V.: A Conversation with Anna Solomon

The Book of V.: A Conversation with Anna Solomon