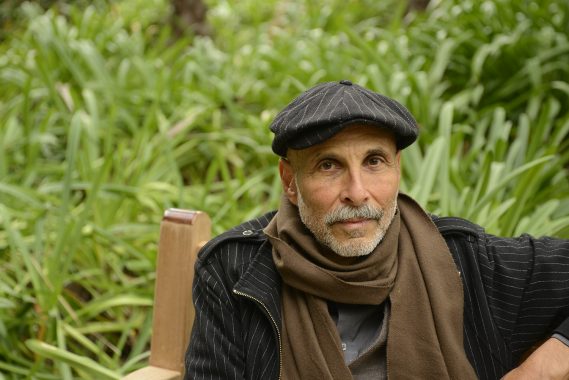 Click here to purchase a copy of Texting with Angels: Modern Jewish Tales of Magic and Mystery from Afikomen Judaica.

Within the realms of Eli Ramer’s new book of short stories you will meet: an urban demon, a witch in the suburbs, a Jewish vampire, a magic dog, and a golem named Judith. You might find out what happened to Marx, Freud, and Einstein after they died, encounter lost Jewish texts, learn about the messiah and her unfolding mission, and spend time with a goofy angel and a kvetchy one—the two of them (perhaps) a couple—neither of them the transmitters of these tales.

Ordained a maggid in 2012, Eli Ramer is the author of, most recently, Texting with Angels: Modern Jewish Tales of Magic and Mystery, along with four earlier books of Jewish stories—Queering the Text, Torah Told Different, Deathless, and Fragments of the Brooklyn Talmud—all published under the name Andrew Ramer. A long-time member of Congregation Sha’ar Zahav in San Francisco, Ramer formerly taught in the Swig Program in Jewish Studies and Social Justice at the University of San Francisco, and lives in Oakland, up the street from an amusement park called Fairyland.

Your ticket for the: Texting with Angels: Modern Jewish Tales of Magic and Mystery (VIRTUAL)