A Rosenberg By Any Other Name (VIRTUAL) 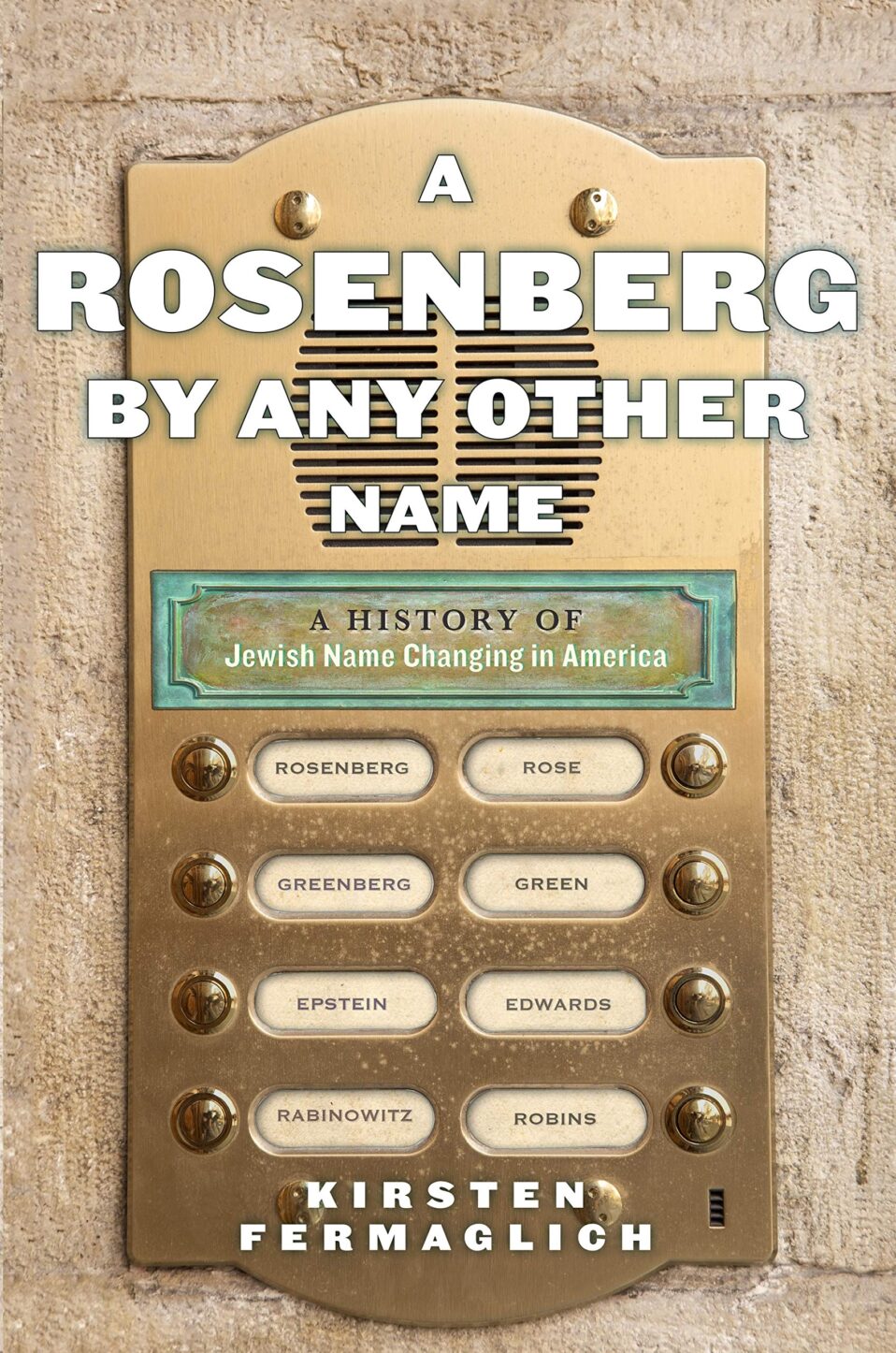 Common thinking about Jewish name changing tends to focus on clichés: ambitious movie stars who adopted glamorous new names or insensitive Ellis Island officials who changed immigrants’ names for them. The real story is much more profound. In her research, Fermaglich examines previously unexplored name change petitions to reveal that in twentieth-century New York City, Jewish name changing was actually a broad-based and voluntary behavior: thousands of ordinary Jewish men, women, and children legally changed their names in order to respond to an upsurge of antisemitism. While name changing helped Jewish families avoid antisemitism and achieve white middle-class status, the practice also created pain within families and became a stigmatized, forgotten aspect of American Jewish culture that had a lasting impact.

Kirsten Fermaglich is professor of history and Jewish studies at Michigan State University.  Her most recent book, A Rosenberg By Any Other Name: A History of Jewish Name Changing in America (NYU, 2018) was awarded the Saul Viener Book Prize by the American Jewish Historical Society in June 2019. Fermaglich is also the author of American Dreams and Nazi Nightmares: Early Holocaust Consciousness and Liberal America, 1957-1965 (Brandeis University Press, 2006) and the co-editor of the Norton Critical Edition of Betty Friedan, The Feminine Mystique (2013), with Lisa Fine. She is currently co-editor of the journal, American Jewish History, along with Daniel Soyer and Adam Mendelsohn. Her current research focuses on the migration of Jewish academics to college towns throughout the South and Midwest in the years after World War II.

This program is made possible, in part, by Lawrence Burgheimer.

Register for Event: A Rosenberg By Any Other Name (VIRTUAL)

Your ticket for the: A Rosenberg By Any Other Name (VIRTUAL)

A Rosenberg By Any Other Name (VIRTUAL)