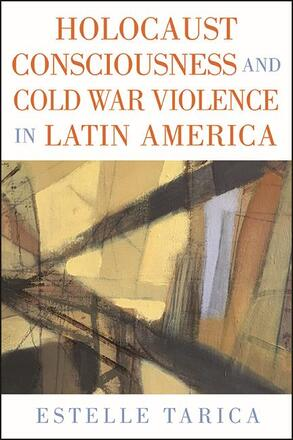 Click here to purchase a copy of Holocaust Consciousness and Cold War Violence in Latin America from Afikomen Judaica.

In this presentation Estelle Tarica will discuss her recent book about how Holocaust memory and history circulate in Latin America and shape the ways Jews and non-Jews understand the state violence they experienced during the Cold War period. For many Americans the main connection to the topic concerns Nazis who fled to South America after the War. In this presentation Professor Tarica will deepen our approach by examining how and why the Nazi genocide of the Jews in Europe became meaningful to Latin American authors and activists from the 1960s to the present. 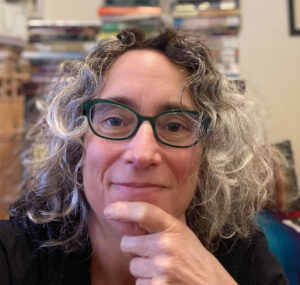 Estelle Tarica is Professor of Latin American Literature and Culture and Chair of the Department of Spanish and Portuguese at the University of California, Berkeley. She received her PhD in Comparative Literature from Cornell University. She is the author of two books and numerous articles. In her research and teaching she examines colonial legacies in modern Latin America, Indigenous and Jewish memory cultures, and the transformative power of narrative and poetry. Her first book, The Inner Life of Mestizo Nationalism (University of Minnesota Press, 2008), explores the subjective effects of racialized national identity formations in Mexico, Bolivia and Peru. Her second book, Holocaust Consciousness and Cold War Violence in Latin America (SUNY Press, 2022), is about the impact of Holocaust memories and terms as reference points for authors and activists confronting state violence in Argentina, Mexico and Guatemala from the 1960s to the present.

Program made possible, in part, by Larry Burgheimer.

Your ticket for the: Holocaust Consciousness and Cold War Violence in Latin America (VIRTUAL)