Songs in Dark Times: Yiddish Poetry of Struggle from Scottsboro to Palestine 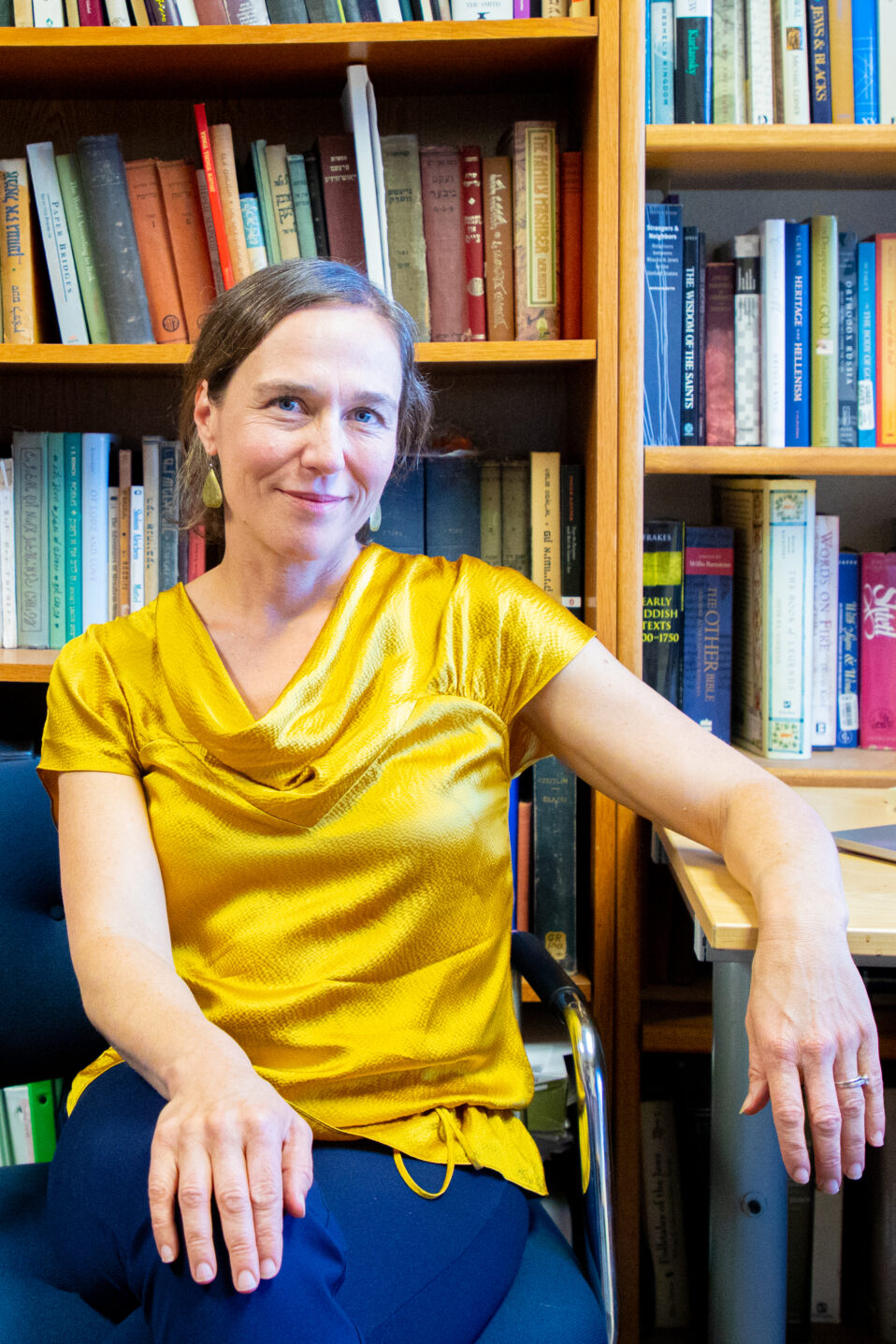 Click here to pre-order a copy of Songs in Dark Times from Afikomen Judaica.

Between the world wars, a generation of Jewish leftist poets reached out to other embattled peoples of the earth—Palestinian Arabs, African Americans, Spanish Republicans—in Yiddish verse. Songs in Dark Times examines the richly layered meanings of this project, grounded in Jewish collective trauma but embracing a global community of the oppressed. The 1930s gave rise to a genre of internationalist modernism in which tropes of national collective memory were rewritten; the utopian Jews of this anthology effectively globalized the pogroms in a bold and sometimes fraught literary move that asserted continuity with anti-Arab violence and Black lynching. Amelia Glaser will discuss the Yiddish poets who translated their shared trauma to describe the suffering of other groups during the rise and fall of the age of internationalism.

Amelia Glaser is a professor of Russian and comparative literature at UC San Diego, where she also directs the Russian, East European and Eurasian Studies program and the Jewish studies program. She is the author of the forthcoming Songs in Dark Times: Yiddish Poetry of Struggle from Scottsboro to Palestine and Jews and Ukrainians in Russia’s Literary Borderlands; the editor of Stories of Khmelnytsky: Competing Literary Legacies of the 1648 Ukrainian Cossack Uprising; and the coeditor, with Steven Lee, of Comintern Aesthetics . She is also the translator of a collection of Yiddish poems, Proletpen: America’s Rebel Yiddish Poets.

Co-sponsored by the The Workers Circle/Arbeter Ring of Northern California. Co-presented by KlezCalifornia.

Register for Event: Songs in Dark Times: Yiddish Poetry of Struggle from Scottsboro to Palestine

Your ticket for the: Songs in Dark Times: Yiddish Poetry of Struggle from Scottsboro to Palestine

Songs in Dark Times: Yiddish Poetry of Struggle from Scottsboro to Palestine