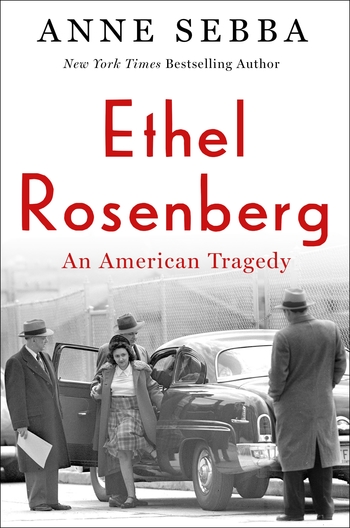 In June 1953, Julius and Ethel Rosenberg, a couple with two young sons, were electrocuted moments apart. Both had been convicted of conspiracy to commit espionage for the Soviet Union, despite the fact that the US government was aware that the evidence against Ethel was shaky at best and based on the perjury of her own brother. Ethel refused to incriminate her husband, despite government pressure to do so. Instead, she faced the death penalty for a crime she hadn’t committed, orphaning her children.

In the first biography of Ethel Rosenberg in more than three decades, Anne Sebba draws on new evidence that includes tragic prison letters that Ethel exchanged with her husband, her lawyer, and her psychotherapist over a three-year period, two of them in solitary confinement. Illuminating the political paranoia, antisemitism, and misogyny of the era, Sebba tells the resonant story of what happens when a government motivated by fear tramples on the rights of its citizens. 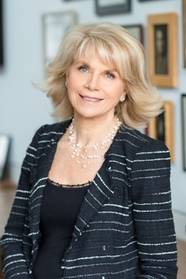 Anne Sebba is an award-winning biographer, lecturer, and former Reuters foreign correspondent who has written numerous books, including Les Parisiennes: How the Women of Paris Lived, Loved and Died under Nazi Occupation and That Woman: The Life of Wallis Simpson, Duchess of Windsor. She lives in London.

To purchase a copy of Ethel Rosenberg: An American Tragedy by Anne Sebba through Bookshop, click here.

This program is the Marsha Rivkind Raleigh Memorial Lecture, named for a beloved Library patron and supporter.

Your ticket for the: Ethel Rosenberg: An American (and Jewish) Tragedy (VIRTUAL)