The Long Life of the Yiddish Folksong

The Yiddish folksong, vital in 1900, later went through periods of steep decline in Europe and America as Jews became assimilated and suffered profound loss in the Holocaust. Its recovery after World War II led to today’s intense interest among young musicians. This talk offers an overview that stresses continuity as well as change. 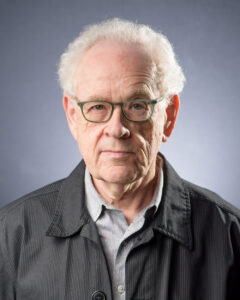 Mark Slobin is the Winslow-Kaplan Professor of Music Emeritus at Wesleyan University and the author or editor of many books, on Afghanistan and Central Asia, Eastern European Jewish music, film music, and ethnomusicology theory, two of which have received the ASCAP-Deems Taylor Award: Fiddler on the Move: Exploring the Klezmer World and Tenement Songs: Popular Music of the Jewish Immigrants. He has been president of the Society for Ethnomusicology and the Society for Asian Music.

Register for Event: The Long Life of the Yiddish Folksong

Your ticket for the: The Long Life of the Yiddish Folksong

The Long Life of the Yiddish Folksong