Click here to register for this event. This program will feature automatically transcribed closed captioning.

This discussion-based session will explore the role that women’s power and vulnerability have played in Jewish texts and Jewish life from biblical times up to the present day. Special attention will be paid to how women’s bodies and sexuality have been wielded by women for empowerment as well as subordinated by those in positions of greater power. Topics to be discussed will include biblical texts, contemporary American Jewish fiction, and the modern movement against sexual harassment and assault. 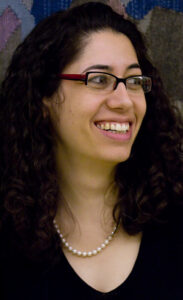 For the past five years Rabbi Jill Cozen-Harel has facilitated support groups for survivors of domestic violence as part of a collaboration between Shalom Bayit and the Bay Area Jewish Healing Center. She has taught for Mission Minyan, Kevah, Brandeis Hillel Day School, and several other educational settings in the Bay Area. Rabbi Cozen-Harel has also served as a chaplain at California Pacific Medical Center and currently works at UCSF in a technology-related role. She was ordained by HUC-JIR in 2009 and has been a rabbi in the Bay Area since 2010.

Your ticket for the: Women, Sex, and Power in Jewish Tradition (VIRTUAL)