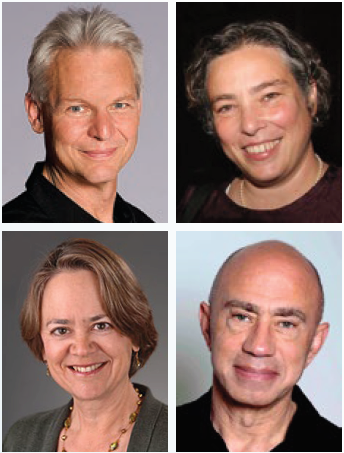 This Jewish Community Library event will be taking place virtually via Zoom. Click here to sign up and receive the Zoom link.

The past years have seen an increase in revelations that have had a dramatic impact on people’s identities. As an example, Dani Shapiro’s most recent memoir, Inheritance, chronicles her discovery—via a DNA test—of the fact that the man who raised her wasn’t her biological father, sparking a profound reevaluation of her Jewish identity. Join this lively community conversation about the importance of knowing where we came from, who we are, and the meaning of family, in various configurations and contexts.

Nancy K. Fishman is a writer of fiction and short plays who, after many years of working as a film publicist and film festival curator, is pursuing an MFA in fiction at San Francisco State University.
Brian Freeman is a playwright, director and performer.
Stacey Shuster, Ph.D. is a psychologist-mediator in private practice in San Francisco. She has taught family therapy at a number of local graduate programs, including the Department of Psychiatry
at California Pacific Medical Center.
Jim Van Buskirk works as a book group facilitator, editor, public speaker, exhibit curator, and collections manager. He has contributed writing to various books, newspapers, magazines, websites, blogs, and radio broadcasts.

This discussion will explore the diverse ways in which graphic novelists evoke the rupture of the Holocaust as it extends in both recollected and imagined memory over time. This virtual program is on July 19th at 2pm! ... See MoreSee Less

We're proud to be supporting educators as they think about the fall - read what Rabbi Nicki Greninger has to say. ... See MoreSee Less

Your ticket for the: VIRTUAL PROGRAM: Family Secrets and Lies: Identity in a Jewish Context, moderated by Jim Van Buskirk, with Nancy Fishman, Stacey Shuster, and Brian Freeman