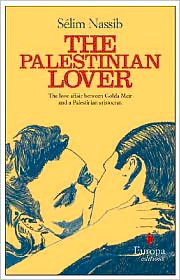 This novel, by a Lebanese-Jewish writer, tells the story of a rumored secret love affair between Golda Meir and a Palestinian aristocrat. Meir is young, married, the lone woman among the inner core of Zionist men. Her chance encounter with an Arab gentleman has repercussions far beyond her own family, vividly told against the backdrop of Mandate Palestine.

Your ticket for the: Sélim Nassib: The Palestinian Lover