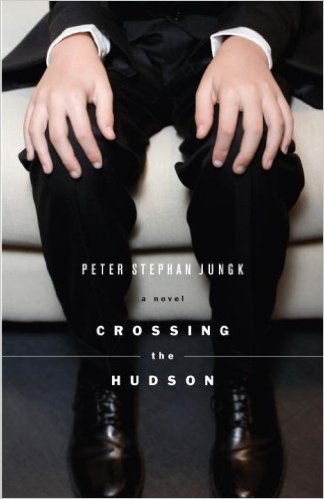 In this inventive, comic and dreamlike novel, a devoted son and his overbearing mother drive out of Manhattan on a Friday afternoon and are caught in a traffic jam on the Tappan Zee Bridge. Determined to observe the Orthodox stricture to cease driving before the Sabbath begins, he finds himself in conflict with his nonobservant mother as they reexamine their lives and their relationships with the family’s recently deceased patriarch.

Your ticket for the: Peter Stephan Jungk: Crossing the Hudson