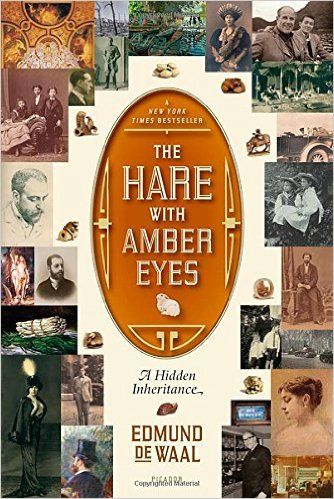 The Ephrussis were one of the wealthiest Jewish dynasties in Europe, only to lose nearly everything with the Nazi conquest of Europe. Descendent de Waal traces the family’s tale from Odessa to Paris, Vienna, and London through a collection of Japanese netsuke carvings acquired by the family in the 1870s.

Your ticket for the: Edmund de Waal: The Hare with Amber Eyes