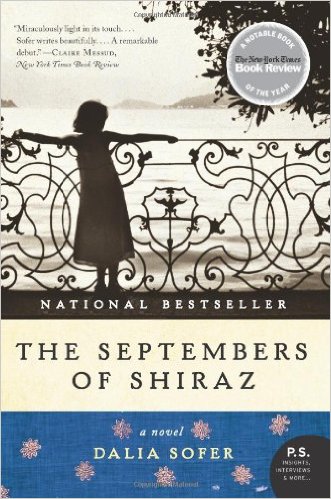 Just after the Iranian Revolution, Jewish gem trader Isaac Amin is falsely imprisoned for being a spy. His wife Farnaz struggles to keep from slipping into despair, while his young daughter Shirin tries to take matters into her own hands. Far away in Brooklyn, Isaac’s son Parviz, though not religious, falls for the pious daughter of his Hasidic landlord. Sofer masterfully captures the small tensions and larger brutalities that sharply impact a family unable to conform.

●   Reading Guide from the Religion Action Center of Reform Judaism

●     Bibliography on Persian Jewry from the Jewish Community Library

●     The Iranian Revolution Still Haunts Its Jewish Survivors by E. Gheytanchi, Forward, May 8, 2018

●     My Ashkenazi Eyes Get a Rare Glimpse into Jewish Iran by Ron Lezell in J, the Jewish News of Northern California, March 22, 2017

●     Days of Darkness, Days of Light: The Unknown Story of Iran’s Jews with Dr. Houman Sarshar in Reform Judaism

●     The Jewish Community in Shiraz, from Beit Hatfutsot The Museum of the Jewish People

Your ticket for the: Dalia Sofer: The Septembers of Shiraz