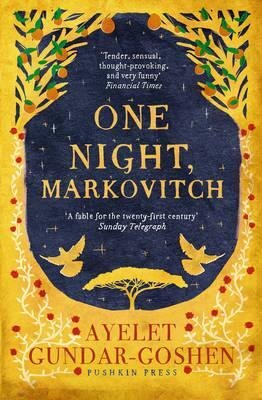 Two men cross the sea to marry women they have never met in order to help them escape war-torn Europe for the Jewish homeland. Their changing fortunes take them through war, upheaval, terrible secrets, tragedy, joy and loss. Vital, funny and tender, this debut novel fuses personal lives and epic history in a story of hopeless longing and the desperate search for love.

Your ticket for the: Ayelet Gundar-Goshen: One Night, Markovitch