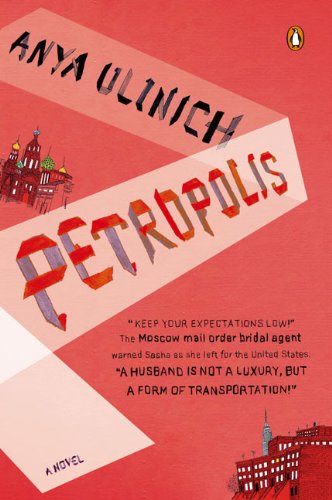 Chubby, biracial teenager Sasha Goldberg continually disappoints her overbearing mother until she manages to escape the confines of her bleakly named Siberian town, Asbestos 2. She first lands as a mail-order bride in Phoenix, then ditches her husband and makes her way to suburban Chicago where a wealthy family adopts her as their pet. Her search for her father takes her to the mean streets of Brooklyn and back to Russia in this smart, darkly humorous, satire about coming of age in the 20th century.

Your ticket for the: Anya Ulinich: Petropolis