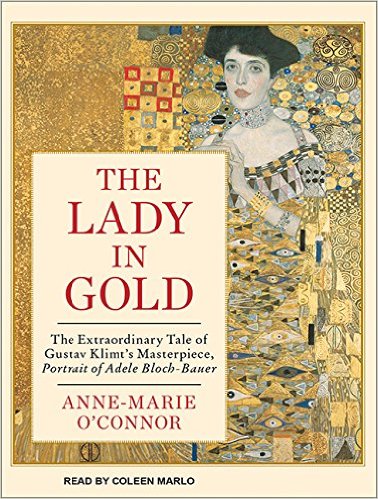 Often referred to as the “Austrian Mona Lisa,” Gustav Klimt’s gold-leafed portrait of Jewish art patron Adele Bloch-Bauer has a complicated and controversial history.  O’Connor relates the story of the painting, casting light on its creation during the Viennese Belle Epoque, its confiscation under Nazi rule, and the long struggle over its ownership after World War II.

Your ticket for the: Anne-Marie O’Connor: The Lady in Gold: The Extraordinary Tale of Gustav Klimt’s Masterpiece, Portrait of Adele Bloch-Bauer