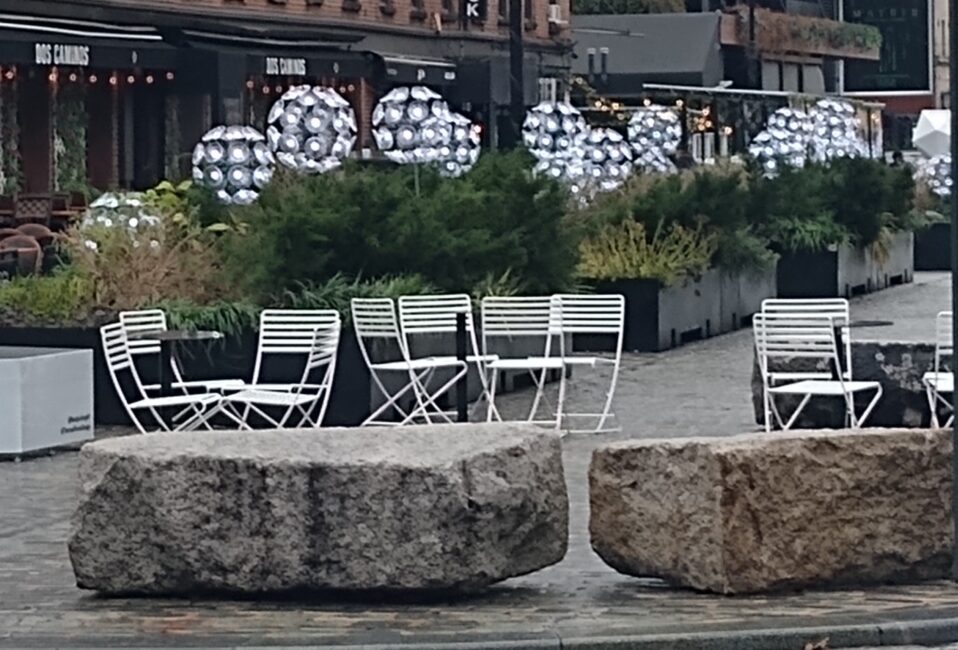 Many Jewish educational institutions are struggling with questions about Israel education and how to work on our students’ connection to Israel. So am I as a leader in the Jewish community. My name is Yafit. Most days, I will identify myself as an Israeli-American educator, others, I will identify as a Jewish educator and then I will ask myself “what is the difference between those two?”

Whether I am wearing this hat or the other, I believe that an authentic opportunity that is largely overlooked in the Jewish community is the connection to Israel by welcoming and getting to know our Israeli-American community members better, learning from them, and their individual and nuanced narratives/stories about Israel. This deepened connection will allow us to learn more about Israel through them, and also be a real opportunity to practice and implement the value of “hachnasat orchim“ and inclusion in our communities. It will allow us to really practice on the peoplehood piece that so many of us are discussing these days, it will also allow us to engage a large number of unengaged Jews in our communities.

I have been an educator for as long as I can remember. In Israel, I never identified as a Jewish educator, since it was an obvious reality in Israeli schools (for better or for worse). From the time that my family moved to the USA, I have asked myself many times what it means to be a JEWISH educator. What are the values, practices, and connections that we are responsible for in the next generation’s life?

As I was considering these questions, I noticed and experienced two separate sets of issues that I would like to share with you.

First, can we separate Israeli politics from Israeli identity? Israel is a meaningful part of Jewish education not just because I am Israeli, but because I value the connection to the land, to our ancestors, language and to the Jewish home that we all need. We can disagree about many things that are happening there, but we should TALK about it and teach about it.

Second, as I became more and more involved in the Jewish community and Jewish education world, I have realized that there are not a lot of Israeli families engaged in Jewish institutions or educational programs. We can all probably name reasons why Israeli-Americans are not engaged easily in Jewish community including the cost of Jewish education, religious aspects that could alienate a secular Israeli by reintroducing the binary “dati” or “chiloni” (religious or secular) experience from Israel, the feeling of many Israelis that they are here temporarily and don’t need a Jewish community, or an essential belief that their kids are Israelis and they don’t need to be a part of a Jewish community.

While we can name those issues and maybe understand them, we should also ask ourselves some hard questions, such as:

What have we done to embrace the Israeli community into the Jewish community?

What have we done to support Israelis in America in all of those dilemmas that they are struggling with and to welcome them as immigrants – far from home, family or anything familiar to them?

What have we done to help them see the meaningfulness of being a part of the Jewish community for their children’s identity and for themselves as adults – even if it means that this is a different experience of a community than it is in Israel?

Can we view this as a meaningful practice of “hachnasat orchim“ that will support Israeli-Americans as they immigrate and will allow us to connect to Israel through people, to learn more about the country through their stories and maybe to learn for both of the communities what we have in common?

These are not abstract questions. As an Israeli who has lived on the west coast for seven years, as a parent, and as a Jewish educator, I have not often been asked what my needs are. What makes me feel comfortable in a certain community? It always felt as if my family and I needed to adjust ourselves to the community, to the new melodies/chanting, to the different roles that synagogues play here than in Israel, to the lack of Hebrew accessibility in some of the communities and maybe even, as an under the surface issue, to some anti-Zionist opinions. These sorts of experiences are almost certainly challenging other Israeli-American families in different communities across the US, causing an erosion of the bonds that would strengthen both American and Israeli expat communities and allow them to function together in greater harmony. Asking these questions would inevitably allow us all to have richer, more nuanced, and meaningful Jewish connections, and would certainly enable the deeper conversations about Israel that we are all seeking.

What can we do to make the connections deeper and more sustaining?

I think that a few practical steps could make a significant difference in the integration of Israeli-American individuals to American-Jewish communities.

Create a special committee to welcome Israeli families that move to the area, and support them as they are facing extreme changes in their lives and to help them feel as if the Jewish community is embracing them and is here for them.

Take time to engage with them in conversation to learn about their needs. Do they need child care? More Hebrew environments for their kids? Where to find the best fresh fruits and vegetables? By making sure that their needs are met, they might start to feel embraced into the community.

Increase Israeli culture events that could help them feel more “at home.”

Creating those connections could help our communities learn more about Israel than we can learn through books or webinars. It could help those new families in their immigration process and in their positive experiences in the Jewish community. These practices, and others, will allow us to practice “hachnasat orchim” and also allow us to make sure that the next generation of Jews in the United States will be familiar with Israeli culture and Sephardic customs that many Israelis carry with them. It will allow us to make sure that the next generation can connect to Israel through names, personal narratives, and relationships. It will allow us all to have another piece of the puzzle that is so hard to put together — the puzzle of Jewish communities around the world.

Yafit Shriki started her professional journey in different educational settings in Israel before she moved to the USA, and continued her path as an Israeli – Jewish Educator. Yafit facilitates and designs workshops on a wide range of topics for the Israelis and Jewish American communities. She is passionate about meaningful learning, peoplehood and communities. She is currently the Executive Director at Studio 70. You can learn more about Yafit here.